Why is HempFusion® CBD better than others? Because making the ECS work is about more than CBD. Just as nature made an Orange rather than a Vitamin C tablet, it made the Hemp plant rather than isolated CBD. Evidence of the “Entourage Effect” suggests that CBD + a wider array of cannabinoids works better. 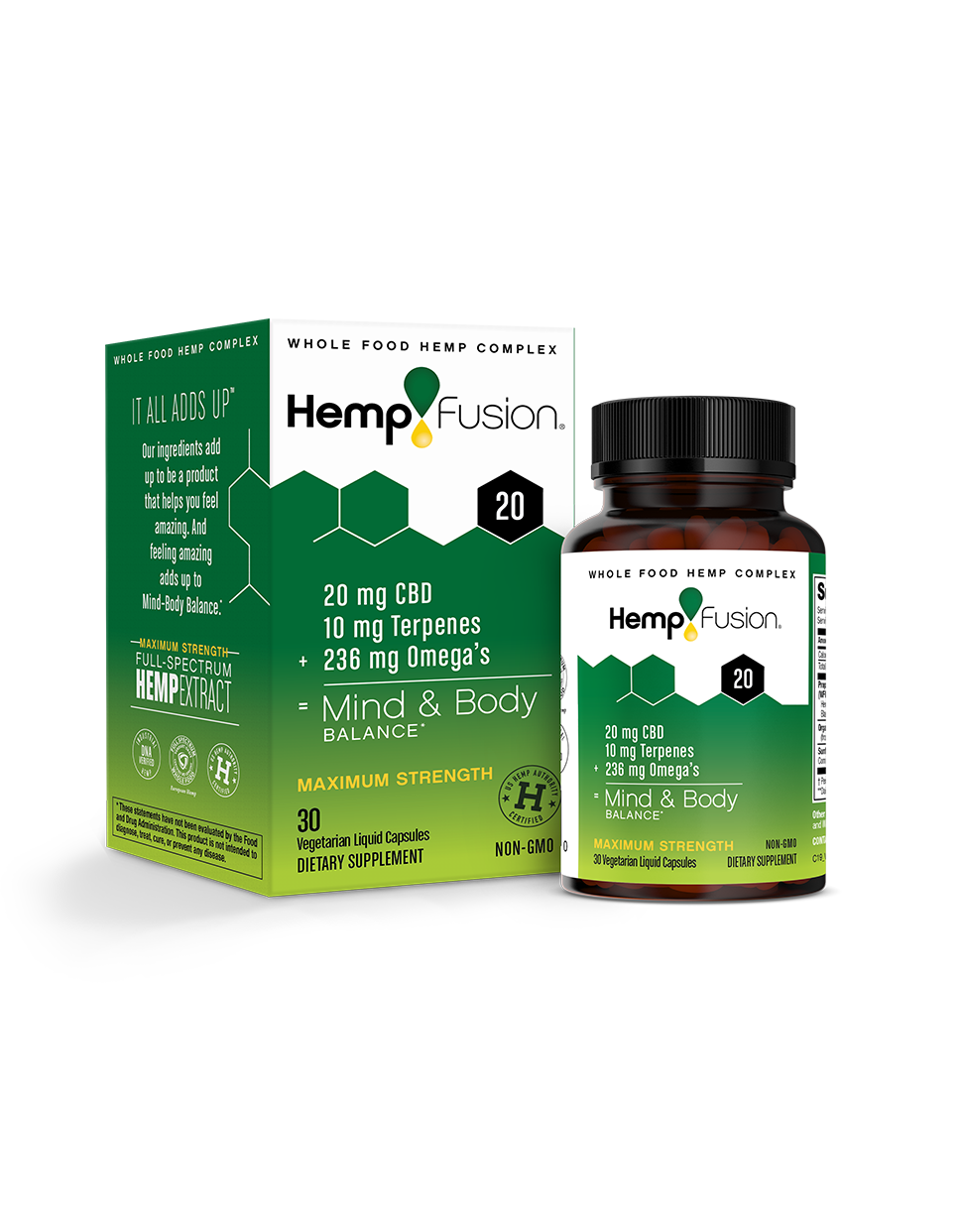 With 1000% more Terpenes than other leading brands and featured in all HempFusion® products, our Whole-Food Hemp Complex™ = Broad spectrum CBD + Terpenes + Omegas in order to deliver maximum health impact. HempFusion®. It All Adds Up.™

HempFusion has received certification from the U.S. Hemp Authority™. This is our industry’s initiative to provide high standards, best practices and self-regulation, giving confidence to consumers and law enforcement that hemp products are safe, and legal.
Learn More